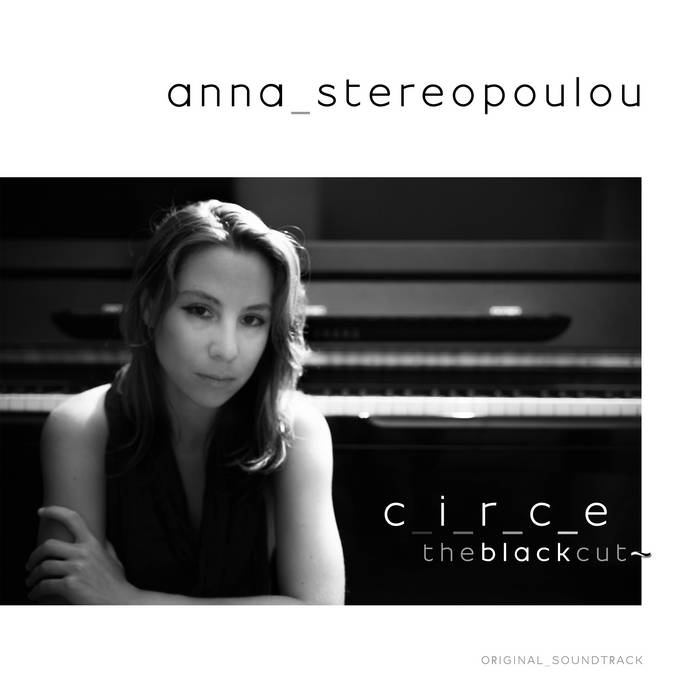 " c i r c e :the black cut: " is the natural continuation of Anna Stereopoulou's "...oneirograph...v.5.spindle" and " A ∞ " [aleph / infinity ('bridge' album / 7MNS)]. The whole work is based on the composer's ongoing research on the human brain (various types of waves, ear structure and function, balance, senses, etc.), Philosophy, Astrophysics and Psychoanalysis topics and theories [Mind /Soul /En (One) ], as well as many 'The Black Square' painting (Kazimir Malevich, 1915), the graphic score of the composition 'Treatise' (Cornelius Cardew, 1963 to 1967) and the 'semia' (symbols) found on the Phaistos Disk (circa 2nd millennium BC, Crete island, Greece).

The departure from Aeaea -Circe’s island-, the visit to the Underworld and Thrinacia (island of the sun god Helios), the return to Ithaca and the death of Ulysses, are 'narrated' through ancient world hymns and scripts' excerpts, which worship Mother Nature and archaic deities, and knit a scenario that is later resolved upon arrival to a new Aeaea, just after the work's Golden Ratio (time-wise), met on 'The Black Cut' section. In the place where we discover our own very first memory; our own Birth; Life itself; the Universe.
Specialised in the field of Music Composition for Film, Theatre, Dance -recently awarded with the'Best Original Score' award (9th CIFF, 2014 /'A Place Called Home' dir.: Maria Douza)- Anna Stereopoulou composed, directing an Audio Film (i.e. Soundtrack), through a special Sound Mixing that offers a psychoacoustic environment and a musical ‘review’, suggesting a genre she likes describing as Sonic Moving Images.
✧ A Hidden /Bonus Track (No. 8) comes with a series of special frequencies and the Key decoding 'circe'. Available only in printed copies.

" c i r c e :the black cut: " album is a journey through many Earth and Space coordinates, through mankind's social and musical history and, definitely, through many memories and dreams of Anna's life so far, mainly 'led' through her Piano playing.

A STEREOSCOPIC perspective of Music & Art©

Bandcamp Daily  your guide to the world of Bandcamp

Cannibal Corpse's George "Corpsegrinder" Fisher stops by for an interview