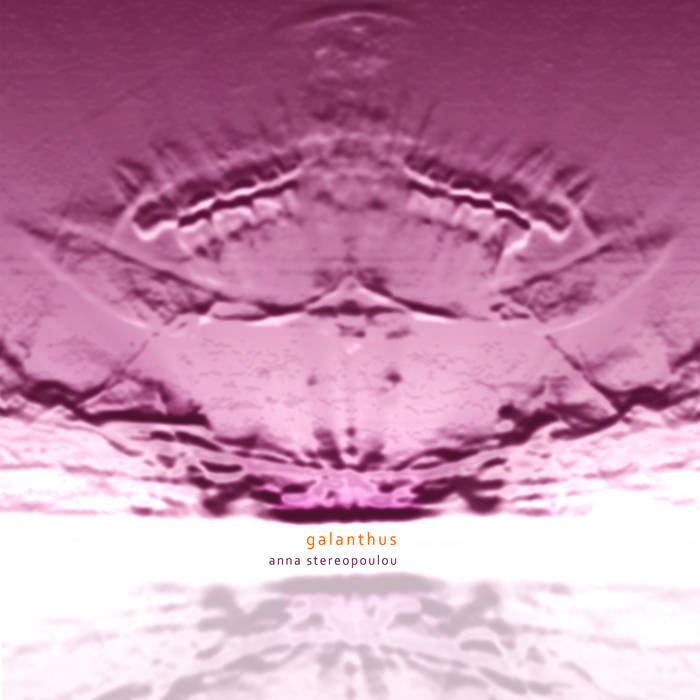 The music piece «Galanthus» was composed, mixed and mastered by Anna Stereopoulou (April-May 2014), for the MAAARBLE «SOUNDS OF SPACE» Musical Composition Contest (2014). The composition consists of various space sounds, “compiled through the Canadian Array for Realtime Investigations of Magnetic Activity (CARISMA) data”, offered to all participants. The audio files (in .wav format) are taken from the two available categories (20Hz & 100Hz) and used both “in their original form and in various technically modified forms”, such as Modulation, Process (Reverse, Stereo Flip, Pitch Shift, etc.), EQ, various Filters and Effects (Delay, Reverb, etc.). Towards the final section of the piece [07:18 – 07:55 /(08:07)] we listen to the only sound performed and produced by the composer, when the melody -previously created by space sounds- is now performed on Piano, in a retrograde transformation. Galanthus plant is said to have been an antidote against Circe’s poisonous drugs (Greek mythology). Mother -planet- Earth; i.e. Nature is the greatest teacher and healer, through close observation and listening of its functions and miracles found within its microcosm and macrocosm, we are invited to Learn. In brief, the composition starts with a Low-Frequency repetitive beat, followed by an introductory ‘unlocking’ step and two sections of Binaural Beats. The White Sound parts included, guide us to the Melodic Blossom part, triggering the Human (Piano) inspiration to create, imitating Nature and thus, re-offering more inspiration to the Cosmos. The piece ends with the same repetitive beat as in the beginning, this time transposed an octave higher. «Galanthus» showcases Anna Stereopoulou’s wish that more Melodic elements are needed to be performed nowadays and in Higher Frequencies. [May 30th, 2014] / / in a greater part of the sound Spectrum [December 2nd, 2018].

Here there is some more information about the Space Sounds and the Contest, as found on the MAARBLE Outreach project website:
“Planet Earth is a natural source of radio waves, which surround us all the time. Although most of these waves are in the acoustic frequency range, they are not audible by humans. They are electromagnetic waves – not acoustic ones; we would have ‘heard’ them if we had radio antennas instead of ears. Radio waves can be detected by our ears if we convert them to sound waves, by using a very low frequency (VLF) receiver. A VLF receiver consists of an antenna and a radio amplifier, and it is sensitive to radio waves. After converting electromagnetic (radio) waves into acoustic (sound) waves, with the same frequency, the sounds produced by our planet can be ‘heard’. These sounds correspond to several types of radio emissions propagating in the Earth’s atmosphere, ionosphere and magnetosphere. The way these waves sound, when played through an audio system, defines their name: sferics, tweeks, whistlers, chorus, and hiss. We also call them ‘Earth Songs’.
The MAARBLE contest ‘Sounds of Space’ musical composition combines scientific and artistic ways of thinking, through the science of Astronomy and the art of Music. It is an original idea to provide scientific information to the public, inviting people to ‘feel’ the science and to think about art. Composers are invited to take part at the MAARBLE musical contest. The idea is to use the natural sounds of the Earth’s magnetosphere in order to compose electroacoustic music. Each composition must be of maximum duration 10 min.”

More information about the GALANTHUS composition, the MAARBLE Outreach project and friends' Feelings & Images created within them, can be found at the following link: wp.me/p2zRWp-j6

A STEREOSCOPIC perspective of Music & Art©

Bandcamp Daily  your guide to the world of Bandcamp

Cannibal Corpse's George "Corpsegrinder" Fisher stops by for an interview